Edit
Yoga
Portrayer
Lorraine Toussaint
Jobs
None
Appeared In
"{{{appeared in}}}"
First Seen
"{{{first seen}}}"
Last Seen
"{{{last seen}}}"
Episode Count
{{{episode count}}}
Season(s)
Season 1, Season 2
Family
{{{family}}}
Amelia Bluman, better known as Yoga, was Claire's cell mate in prison. The two escaped while being transported upstate, after they created a distraction and the vehicle they were riding in overturned. They made their way to Long Island's tony Hamptons resort area, where they hid out in the beach house of Claire's friend, Mitsy Sacks, who was spending the summer in Barcelona. Just before they were about to leave the country to start new lives in Positano, Italy, Claire decided to let herself get caught, because she wanted to see her dying husband one last time. Claire facilitated Yoga's way to freedom by telling the authorities and the media that Yoga had died from injuries she'd sustained during the prison transport accident. 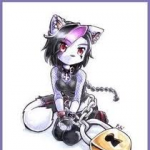