Edit
watch 01:36
We're Getting Mutants in the MCU - The Loop
Do you like this video?
Play Sound

Mode After Hours was a web series spinoff of Ugly Betty. It followed the wacky adventures of Marc St. James and Amanda Tanen after MODE is closed for the day.

Mode After Hours is a spin-off web series that chronicles the adventures of Marc and Amanda when all (excluding security) staff members have left Mode for the night. The two usually plan on what to do in the future, dressing up as co-workers and mocking them, prepare for a date, going onto online dating sites, competing in certain activities, and inadvertently annoying security. 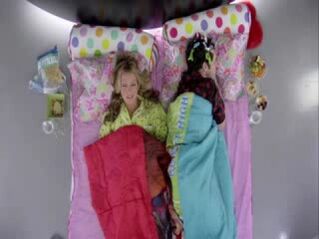